Time to go French? Why eating at your desk is bad for you? 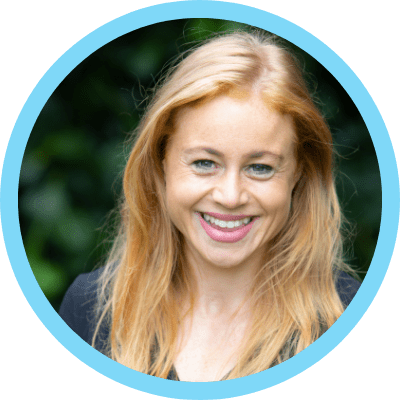 Having lunch at your desk. We've all done it. When you're really snowed under with work, it makes sense for it to be crunch time in more ways than one.

But, in France, it's illegal for employers to have their staff eat in the workplace. And it's not because it saves work for the cleaners. So, let's look at the importance of breaks at work, and how stepping away from your desk can actually help you be more productive.

So, what's the deal with this French law against eating at your desk? If it helps your people finish their work faster, that's got to be a good thing, right?

Well, the law has its roots in a public health crisis in 1894 during the Industrial Revolution. As cities grew more populated, and industrialisation ramped up, disease and polution increased. A lot of people were factory workers regularly handling dangerous substances like phosphorous or lead. Exposure to dangerous bacterial diseases like tuberculosis was also common.

Imagine being a factory worker, hands covered in who-knows-what when the lunch bell went. You get through your lunch on the spot, probably without cutlery. It's bound to end in tears. Hygienic workspaces are part of an employer's duty to protect employee physical wellbeing.

Why eating at your desk is banned in France

The French government soon realised they needed to sanitise workspaces. They decided the best time was when employees were eating. So, the ban on eating at work came into play. Not only could workplaces get cleaned, but employees were now eating away from hazardous environments. There were upticks in littering and public harassment, but things normalised, and the law became a fact of life.

The French government put the law on hold during the pandemic for safety reasons. Some even suggested repealing it for good. But many pushed back, including food-culture historian Martin Bruegel, who said:

'People are just simply happier when they take some downtime during the workday. It's good for their well-being. People who eat together are able to talk about issues, and they can work out tensions or different opinions. They create a culture in which having different points of view is possible.'

The benefits of stepping away from your desk

Does Bruegel have a point? Can having lunch away from the workplace affect wellbeing that much?

A 2019 Tork survey found that lunch breaks help employees to get refreshed and stay engaged for longer. The study also found that employees who got daily lunch breaks had more positive views of their own performance. They were also more likely to feel valued and have more desire to play an active role in the business.

Employee wellbeing has been thrust into the spotlight in recent years. Time away from your desk might seem like a small thing. But don't underestimate the importance of breaks at work. And no, scoffing a cup of instant noodles at your desk while going through paperwork doesn't count as a break.

But the importance of breaks at work isn't just down to employee wellbeing. Stepping away from your desk can help you to be way more productive over the course of the day. That's true for lunch breaks, holidays, and even micro-breaks like you'd use in the Pomodoro technique.

The impact of not taking a proper break

Taking breaks at work is a major wellbeing issue. Obviously, sitting for hours on end every day isn't good for you. But the extent how bad it can be might surprise you. You're up to twice as likely to suffer from heart disease, for one. It's also been shown to shorten life expectancy.

To make matters worse, constant sitting also increases your risk of cancer and dementia. Not to mention diabetes and musculoskeletal disorders. And it's not just physical wellbeing either. You're more likely to suffer from mental health disorders like anxiety or depression too.

And those are just the impacts of sitting for too long. Breaks at work are about more than getting people out of their seats. We know people can only focus for so long before it leads to diminishing returns. Breaks help to mitigate job stress, enabling your people to stay engaged for longer.

Without breaks, your people become far more susceptible to burnout. Burned out employees are totally disengaged, and much more likely to leave the business. Some may get drummed out of your sector altogether. And in especially severe cases, people need counselling or other therapies to overcome burnout.

A manager's duty of care at work

It's impossible to oversell the importance of breaks at work. As a manager, you have an obligation to make sure your people aren't burning themselves out. It's not enough just to pay casual lip-service to the idea of self-care.

Encourage your people to take breaks

One reason employees are reluctant to take breaks is because they're worried that you'll view them as less committed or capable. Remember that Tork survey from earlier?

It showed that almost 20% of North American workers worried their boss would view them as less hardworking if they took a break. And these fears aren't baseless, as more than a fifth of North American bosses believe exactly that. It's not easy to push back against this sort of mentality, so you have to put the work in.

That might look like setting up an office break rota and putting everyone on it. Ask people when they want to go on break, rather than whether they'll take one. Or it might mean chatting to your team members about their lunch plans. It's about normalising these breaks in your work culture so people can stop feeling anxious about them.

'The Tork research shows that employees who take a lunch break are more likely to be satisfied with their job, and say they are as effective and efficient as they would like to be. This is consistent with other research, which shows that taking breaks from work is important for recovery – and adequate recovery is critical for top performance. Energy isn’t unlimited, and just as athletes have halftime to rest during a game, employees need to rest so they can do their best work. Taking a break in the middle of the day for lunch is a recovery period, allowing employees to come back refreshed and reinvigorated for the second half – as this research clearly shows.'

"Do as I say, not as I do" will never be an effective management tactic. It's always best to model the behaviour you want to see in your employees. For some managers, that might mean putting in the amount of overtime they expect from others.

But today, for you, it means taking your break every day and not eating at your desk. If you can't even do that, then encouraging your employees to take breaks will seem like a trap.

Of course, we're all familiar with the stereotypical lazy boss who comes in late, leaves early and takes long lunches. That's why it's essential to combine this approach with the first step. Encourage your team to follow your example, so they know it isn't a double standard.

If you don't want your employees eating at their desks, there needs to be a better option available. Even just having a separate breakroom can make all the difference. But that's if they choose to have lunch at work at all.

In France, it's common to see restaurants, cafés and bistros packed with employees on lunch breaks. And if your office is somewhere with accessible places to eat, then chances are that your people want to take advantage. At Weekly10, we think it's best not to rely on flashy perks and benefits too much. But this is one situation where offering discounts for chain restaurants and local businesses can help an awful lot.

While this is the last point on our list, it's one of the most important. You need to encourage your remote staff to step away from their desks as much as anybody. People tend to stereotype remote workers as having it easy or being less committed.

It's easy to understand why some remote workers are reluctant to leave their desks. The lockdowns of the past couple of years have done so much to legitimise remote work. But we've also seen remote workers getting saddled with productivity tracking software. And when inactivity gets penalised by some arbitrary metric, working through lunch seems a lot more necessary.

The truth is that remote workers are often just as or more productive than they are at the office. But, because of negative perceptions, a lot of remote staff put in more overtime than their office-based colleagues. As you can imagine, this makes them way more susceptible to burnout. The importance of breaks at work applies to your remote staff as much as anyone else.