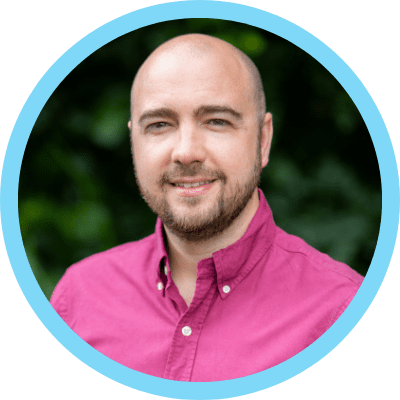 Microsoft Teams is only five years old. Already, it’s hard to imagine our working lives without it. Remote work has definitely contributed to its meteoric rise. But its ease of use, adaptability and scalability underpins its success. So to celebrate Microsoft Teams’ birthday here's why we think it's been so successful.

But it’s far more than an app for video calls. And if you’re only using the basic features, you’re missing out on its full potential.

Microsoft Teams’ growth was respectable pre-pandemic. It wasn’t going to set the world on fire. But in 2020 alone, Microsoft added 95 million people to the Teams user base. At the time of writing, they’re currently sitting pretty at over 145 million daily active users. That's almost double the users in just one year

We swear by Microsoft Teams. It's our primary internal communication tool whether our people are office or home-based.

With Microsoft Teams' birthday on the horizon, it's interesting to look back on how it’s grown as a service. Microsoft has been continuing to develop and improve Teams since its release. But the biggest changes have come in recent years.

As you can imagine, the mass uptake of remote work created previously unprecedented levels of demand. Microsoft responded to this by increasing various specs across the board:

Microsoft Teams is much more than a simple video conferencing tool

Microsoft Teams offers so much more than basic video conferencing and direct messaging capabilities. So, if those are the only features you use, then you're doing yourself a huge disservice. Here's 5 reasons to celebrate Microsoft Team's 5th birthday.

01 Business apps to boost your efficiency

One of the best things about Microsoft Teams is the sheer level of customisation. Its in-built app store has a wide range of optional extensions to provide virtually any feature you need. Even better, many of them are in-built versions of other business platforms like Asana or GitHub.

Apps like Asana can help your team members coordinate regardless of distance. Then there are tools for generating invoices or support tickets, like Xero and Jira.

There are even virtual whiteboard apps such as MURAL. These are very useful, whether you're a team of creatives, or you just need to communicate an idea quickly.

The number of apps available through Microsoft Teams is growing every day. So it's well worth having a look from time to time to check out new additions.

02 Polling your people has never been easier

You're spoiled for choice when it comes to ad hoc polling apps in Microsoft Teams. There are well over a dozen, including Polly, Slido and Poll Everywhere to name just a few.

They're by no means a substitute for a formal employee check-in. But in busy meetings with dozens of agenda items, polling can help you get an ad-hoc snapshot of employee opinions.

The Weekly10 app is another Teams extension you should consider installing.

We've designed our employee check-in to make performance management quick and easy. It only takes 10 minutes to complete an update.

Questions are also customisable on an employee level, to ensure a personalised approach. But they’re still only one part of our check-in system. Unlike the polling tools mentioned earlier, check-ins give you an honest and transparent view of engagement rather than a snapshot.

That's important because you need to be able to understand engagement trends over time. Fortunately, our AI-driven sentiment analysis tools can spot patterns you might overlook. Or more often, it tells you the things your employees aren't saying.

You also have the ability to respond to individual answers in an employee’s check-in. And being able to clarify without needing a 1:1 will save you both so much time!

You can also view a full history for each question, as well as goal progression over time. So, you can look back and see how long specific performance barriers have been a problem. That’s why you should never just be satisfied with a snapshot of performance and engagement.

We also offer managers their choice of OKRs and SMART Goals. So, no matter what you need, you'll always have access to effective goal tracking. Every employee and manager feature is available through Microsoft Teams.

Set, align and track goals and OKRs directly within Microsoft Teams. And use them in performance conversions like appraisals, quarterly reviews or bonus reviews.

You also have the ability to respond to individual answers in an employee’s check-in. And being able to clarify without needing a 1:1 will save you both so much time!

You can also view a full history for each question, as well as goal progression over time. So, you can look back and see how long specific performance barriers have been a problem. That’s why you should never just be satisfied with a snapshot of performance and engagement.

05 Webinars and other events bring people together

Webinars and Teams Live events are an effective way of reaching large groups of people. If you run a large company, these events give your people a vital sense of community and social connection.

But they can be really useful for smaller businesses too. With Teams Live events, you can educate, listen, and learn from an audience of thousands at a time to suit them.

If you're not yet using Microsoft Teams, hopefully we've convinced you to give it a shot. And if you’ve only been using it as a glorified video chat, then have a play with its other useful features.

Learn more about Weekly10 in Microsoft Teams and Viva
Share