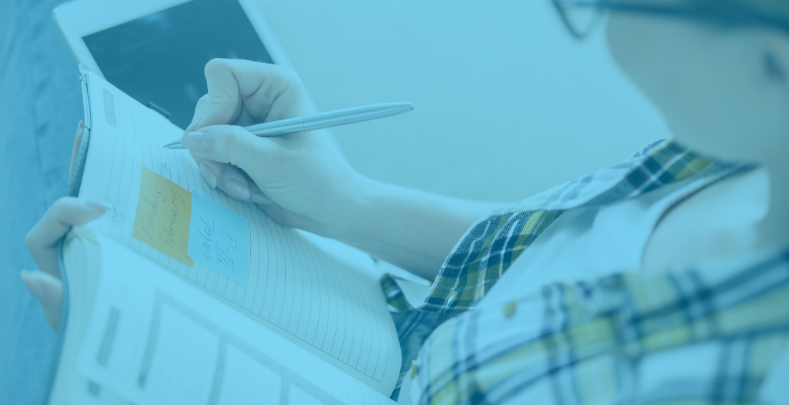 10 differences between OKRs and SMART goals and when to use them.

Whatever your preferred method, you need good goal-setting to run your team effectively. Without it, your employees are doomed to waffle aimlessly into overtime. That’s why objective tracking is one of the two primary features of our employee check-in. We offer managers a choice of SMART Goals or Objectives and Key Results.

But don't forget, there are several key differences between goals and OKRs. So you should take the time to figure out which works best for you.

What are OKRs and SMART Goals?

Before you move forward, you’ll need to figure out the most effective goal-setting framework for you and your team. A shared framework makes it that much easier for you to keep employees engaged. This matters because helps to ensure people know what they’re doing. In order to highlight the differences between goals and OKRs, let’s start with basic definitions.

SMART Goals: There can be some ever-so-slight variations on the acronym depending on where you look. But generally speaking, SMART stands for Simple, Measurable, Attainable, Relevant and Time-bound. Those are the criteria a goal needs to satisfy to be valid. This form of goal-setting is excellent for making sure that you assign manageable workloads to your team with minimal confusion.

Objectives and Key Results (OKRs): OKRs are useful for blending qualitative information with quantitative results. With them, you can tie otherwise nebulous contributions to easy-to-understand statistics. For example, you might have the objective of increasing web traffic by at least 50%. You could achieve that through the results of a full website re-design, re-vamped SEO, and a new virtual ad campaign.

10 key differences between goals and OKRs

SMART Goals and OKRs can seem very similar at first. But if you take a closer look, you’ll see that they’re actually quite different in terms of approach. Let’s look at how they vary, and figure out which one appeals to you the most.

1: The meaning of SMART Goals is more malleable

OKRs always means Objectives and Key Results. But the SMART acronym is more susceptible to change. So, M might be “motivated” or “meaningful." On the other hand, A might be “achievable,” “assignable,” or “actionable."

The general balance of meanings usually stays the same. But what the acronym stands for can sometimes be an indication of management priorities.

SMART Goals are what we informally refer to as "chunking." SMART Goals are designed to be manageable by nature to minimise job stress. Some tasks are too big to handle in one sitting. That usually means you should break them down further into smaller tasks.

With SMART Goals being as accessible as they are, you might wonder, what are OKRs good for? One of their biggest benefits is to make it much clearer to employees just how much impact their contributions have.

You can connect company objectives to direct and indirect key results from personnel across your business. That gives your people a sense of involvement to take pride in, which is great for keeping them engaged!

4: SMART Goals focus on the objective, not the method

One of the biggest differences between goals and OKRs is that, whereas OKRs involve establishing both an objective and the means of reaching it, the focus of SMART Goals is a bit more one-sided. This type of goal-setting doesn’t pre-determine how you approach a given task. Instead, completing sub-goals helps you to achieve your end-goal, step by step.

So, as you might expect, OKRs tend to be much more rigid. Everyone contributing to the same OKRs means that it’s harder to change those objectives further down the line. But SMART Goals are designed to be shuffled around as needed. That makes them the perfect method when something might change last-minute.

6: Objectives are often much more specific than goals

This isn’t exactly a hard rule. However, one of the differences between goals and OKRs is that objectives tend to be more targeted than goals. So, for example, a goal might simply be to increase company profit margins by the final quarter.

An objective would go a step further by specifying a target figure or percentage. It’s not that SMART Goals can’t have specific targets though. It's just that OKRs tend to work best with that level of specificity.

Relying on OKRs all the way down can creat a muddle. They’re great for bringing the work of different people together. But if someone’s just working by themselves, SMART Goals tend to be the easier and more flexible solution. Their chop-and-changeable nature is best-suited when you don't have to check with others before you alter the workload.

8: OKRs are most effective on the team and company levels

Group work can easily become a massive headache if you don’t keep people organised. That’s where the flexibility and loose feel of SMART Goals can let you down. With OKRs, everyone knows what they’re supposed to be doing. They'll also know what impact it’ll have. And last but not least, they'll know exactly whose day they’re ruining if they don’t do their bit on time.

Decades ago, Peter Drucker proposed the Management By Objectives (MBO) model. It's pretty outdated by today's standards. But in a way, OKRs are a modern improvement on Drucker's concepts. His intention was to prevent managers being caught in an ‘activity trap.'

This is because failing to delegate would distract them from their company’s wider vision. Experts may consider Drucker's approach to be flawed, but it laid the groundwork for the more refined OKR model we know today.

10: SMART Goals were defined in the 80’s, but go back a bit further

SMART Goals also had their formation in the 20th Century. The acronym was first put to paper by George T. Doran, in a piece titled ‘There’s a S.M.A.R.T. Way to Write Management’s Goals and Objectives.'

But the general concept actually goes back to 19th Century philosopher Elbert Hubbard. He suggested that people failing in their endeavours simply weren’t putting energy into their goals effectively, rather than lacking intelligence, courage or commitment.

So, now that we’ve been over the various differences between goals and OKRs, let’s quickly recap which is the most effective goal-setting framework in different situations.

Use SMART Goals when:

Use OKRs when you need to:

Get a clearer measure of how engaged your people are with a simple 10-minute employee check-in.